As Monday rolled on and evening turned to night, Rhys and I decided to head to the Mall to shop some more. Rhys needed something nice to wear on his birthday in the upcoming week. But we were both tired out after the horrible days we had so we decided on a little nap before heading out. Of course  being the sweetheart that he is, Rhys understood that I needed his arms more than the pillow to sleep soundly and so he pulled me into bed with him and with a sweet kiss I balled up in his arms, and slept like a child…..

After a couple of hours we got up, all refreshed after the nap and ready to shop some more. But then we started chatting for a bit till suddenly I realised that we were running late and soon the shops would close down. It was a hurried dash to the car and a lot of fretful consultations of google maps before we finally reached our destination.

Half running, we hurried into the shops still open rapidly browsing through their stocks trying to find a nice shirt for Rhys. Finally we found it, a white shirt with broad strips in pastel shades of yellows and pinks – perfect for a summer evening. And on Rhys it looked drop dead gorgeous! It took all my self control not to kiss him then and there. 😉

Shopping done, it was time to satisfy our hungry tummies. We headed to our favorite Italian restaurant and luckily managed to get the last table before the kitchen closed down. 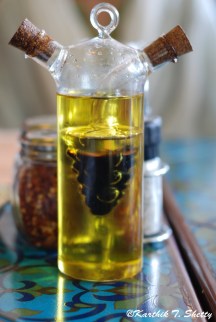 Nursing what was definitely the best Virgin Mojito I had ever put my lips to, Rhys pursued the menu and ordered penne arrabbiata  while I decided on crumb coated chicken breasts with a mozzarella sauce and a sider of rocket salad with tomato salsa. Great food, Rhys for company and a night in his arms to look forward to, this is the stuff dreams are made of ( sigh) 🙂

And just when I thought the night was perfect, it got even better. We headed to the movies to watch Titanic in 3D. I had pre-booked the seats ages ago to ensure that we got good seats and so it was. Both of us are suckers for good romantic flicks but it seemed Rhys had other things on his mind. Either that or his hands must have made up their mind to explore neighboring lands ( a.k.a. yours truly ) such that I could only thank God that the theatre was dark enough that no one would notice his hands on my lap….. until I was so turned on that all thought left my mind as I gave myself over to the wonderful feeling eminating from his gentle caresses. By inteval, I had lost track of the going ons in the movie and I dragged Rhys back to the car to head home ( after all a man can hold himself back only so long before the desire to have his cute sexy boyfriend then and there takes over! 😉 )

The night that followed was…… hmm…… well, I guess I’ll leave that to your imagination!  After all some stories you tell….and some you don’t! 😛

Closet gay, Incurable romantic and hopelessly in love............Physician in training....... View all posts by Nick